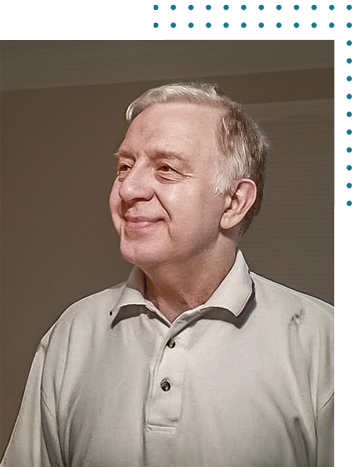 George Zivan, who will surely be remembered as one of the most gifted poets, songwriters and writers of our time, has a long and unusual history.   It’s not typical for such a prolific writer to be first introduced to the English language at nine years of age.
George was always an exceptional student, and since he had to catch up, he was motivated to try even harder.
George’s first book, “The Wealth and Destiny of Nations” has been called one of the most inspiring and important books of our time, from one of the great minds of our time.
We believe this book of poetry, songs and inspirations, is worthy of winning the highest literary prizes and awards!
George’s song, also titled, “The Wealth and Destiny of Nations” is on his website, where you can vote to make this timeless song the official Anthem of the United Nations!
What an inspiring way to send our best advice to future generations.
Let’s make history and improve humanity!
Please CLICK HERE to view the song, then add your name to our petition, and tell everyone you know!

George was born in town of Vladimirovac, Serbia, (formerly Yugoslavia), the son of Trifu Roman Zivan, and Sofia Ana Zivan, who was from the town of Uzdin.   Both of George’s parents were of Romanian ancestry.   George’s family were mostly farmers, with only a grade school education, but they had innate wisdom. George was raised in a loving but disciplined home.
George’s grandfather, a gentle soul, took an interest in George, and told him many stories.   Some of that wisdom may be reflected in George’s writings.

On a December night in 1962, when George was nine, his family risked their lives and freedom and escaped communist Yugoslavia across the border into Italy.   After over seven months in refugee camps, they were accepted into the USA, and the family settled in the Detroit area.   The Zivan family thus found the free world, and the free world gained a great writer.
Settling in the USA:   The Zivan family entered the USA in late July, 1963, with a few thousand dollars saved, from selling property back home and working in refugee camps.   As with many immigrants who must learn a new language and culture, life was very hard in their first few years in the USA.
Friends in the Detroit area Romanian community helped with basic needs like transportation, finding jobs, rental homes and furniture.
The help the Zivan family received was not forgotten, and after they established roots, they helped many to settle in the USA.
George’s parents were hard workers, and they saved by living frugally.   Most of the family traveled by bus the first few years.
After about three years, George’s father, Roman, who worked the midnight shift in a factory, but was an entrepreneur at heart, bought the family’s first home in the USA, by Seven Mile Road and Woodward Avenue.   When Roman learned he could make a profit by buying old homes and repairing them, it became a passion that would last for many decades.   George often helped with repairs.
In the early 1970’s, the Zivan family moved to Detroit’s northern suburbs.   As George neared 20 years of age, he wanted more independence, so for a few years he alternated between living with his older sister and with various friends, or by himself.   George married his wife in 1983, with whom he has two grown children.

George attended mostly Detroit schools. When a 5th grade teacher praised his book report, George’s confidence grew.
George’s excitement carried into other subjects, impressing more teachers.   By the seventh and eighth grade, many of George’s fellow students asked him for help with their studies.   George was not happy with Nolan Junior High and Pershing High, both of which suffered from gang activity, drugs and racial strife, in the late 1960’s.
George’s grades did qualify him for Cass Technical High in Detroit, which he attended for about a year.   George took some college courses, but did not finish any degree.
Self-Learning and Inspiration:   George’s wisdom cannot be measured by degrees.   Inspiration comes from many sources, and sometimes he believes from a power above.   History’s greatest achievers were not necessarily the highly-educated, but they were almost always the highly-inspired.

George worked many jobs, including janitor, theater usher, dishwasher, busboy and cook.   By his 20’s, George worked in various retail stores and factories.   Having worked real estate sales part-time since the middle 1980’s, that became George’s full-time work when his shop closed down.   George saw his sales grow to match many top producers, which gave him confidence he could make a living selling real estate. In 1992, George got his real estate Broker’s license, and opened his real estate office in Troy, MI. Today, Market Max America Realty has about 20 agents.

The Zivan family started with little and advanced through hard work and sacrifices.   George gained a unique perspective on the struggles of ordinary people.   That experience and passion is reflected in many of George’s writings.   It is refreshing to read, not only the work of academics, but also of real people who walked the hard streets of life.   George’s passion for writing continues, and he often writes because he feels compelled by his inspirations.